Lucky Bernie’s is proud to bring guests events that bring you and your loved ones an unforgettable night filled with:

Our bars/sandwich shops are located throughout Northern Illinois – come on in and celebrate with us! We look forward to your arrival. 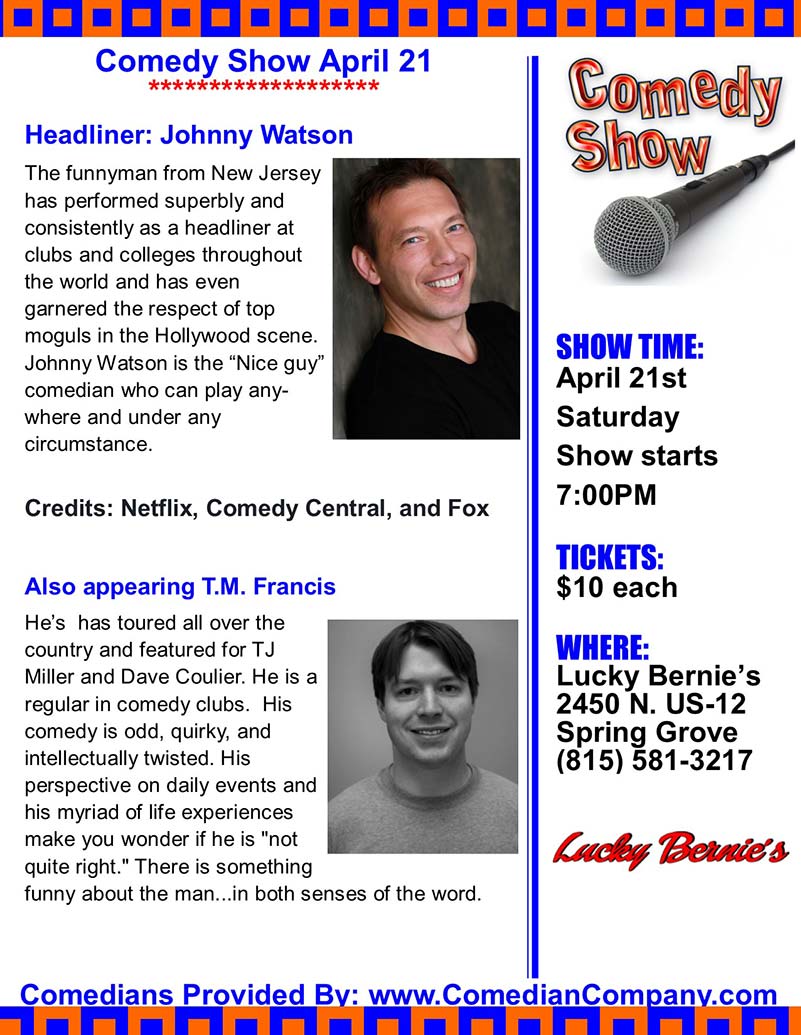 Headliner: Johnny Watson
The funnyman from New Jersey has performed superbly and consistently as a headliner at clubs and colleges throughout the world and has even garnered the respect of top moguls in the Hollywood scene. Johnny Watson is the “Nice guy” comedian who can play any- where and under any circumstance.

He’s has toured all over the country and featured for TJ Miller and Dave Coulier. He is a regular in comedy clubs. His comedy is odd, quirky, and intellectually twisted. His perspective on daily events and his myriad of life experiences make you wonder if he is “not quite right.” There is something funny about the man…in both senses of the word.